As I understand it, Opio is the name of a town in France.  It's where Jon Anderson met one of his inspirations, the artist Marc Chagall.

There was talk of the possibility of me doing a logo for the OPIO Foundation.  Above was my initial drawing. 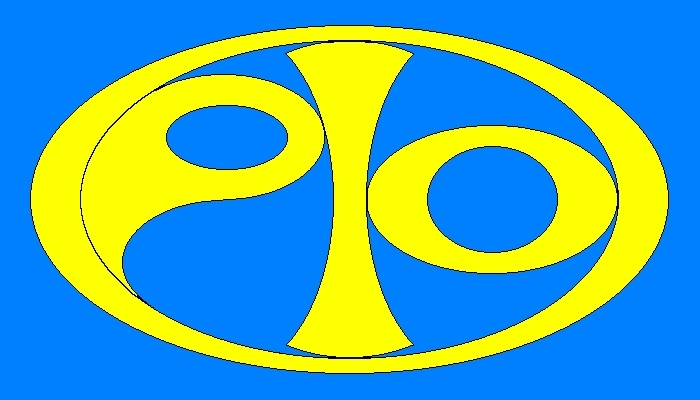 The drawing was later converted to a 2 dimensional computer generated design (above) using a simple Windows Paint program. 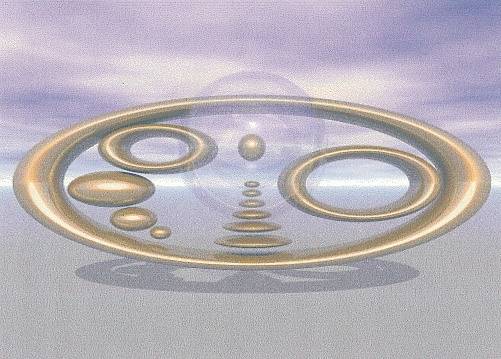 The previous 2 dimensional version could not be directly transferred to a 3D version.  The 2D version was created using only ellipses.  For example, to create the "I," space between 2 vertical ellipses was simply colored in. When working in 3D, you can't simply "color in" empty space. The challenge called for a "New State of Mind."