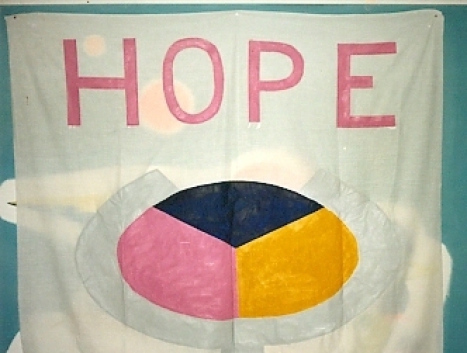 90125 - If you look behind the banner you'll notice parts of Roger Dean's "Pathways" design from the YESSONGS album (along with a few glowing spheres of my own inclination).  I painted it with fluoescent paint on my bedroom wall when I was about 14. 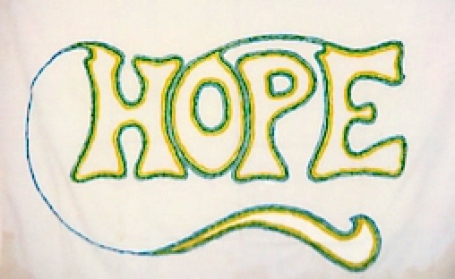 ABWH - Displayed in 1989.  It was during this tour that I met Jon Anderson for the first time.  This is when he greeted me as, "the hope man." 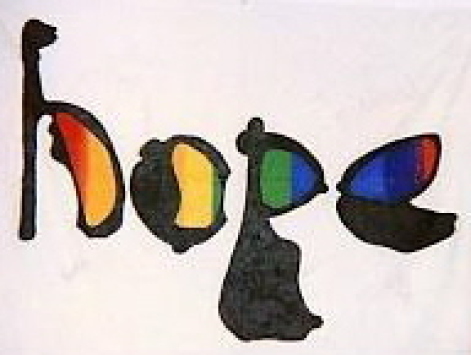 Talk - The design of the letters were copied from Peter Max's artwork for the "Talk" album.  There were no "p's" on the album/CD cover so I turned over a "d" from the name Anderson. 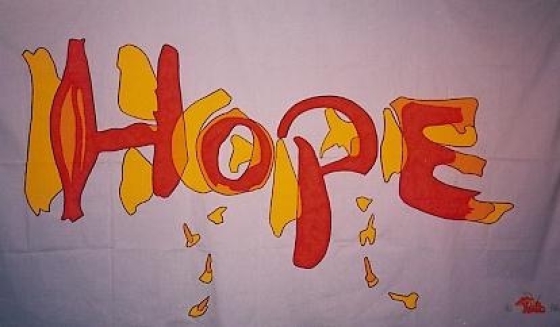 Toltec - The OPIO Foundation was offering/selling paintings whereby a name could be submitted for Jon Anderson to paint.  Part of the proceeds would go to UNICEF.  Although you're looking at a hope banner that I painted, the original design was painted by Jon. 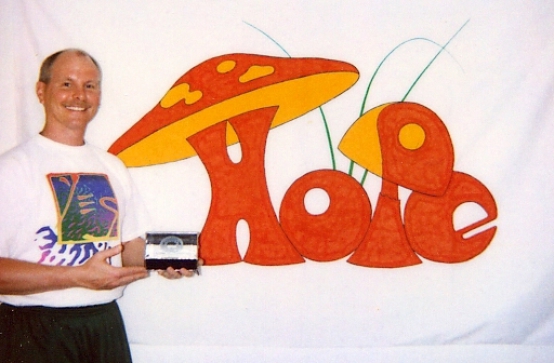 Open Your Eyes - I'm holding an "Olias" jewel box -- sold through the OPIO Foundation -- designed by the talented Alex Luman.  If you look at the bottom righthand corner of the previous banner, you'll notice the same mushroom design.  It's how I signed the work.  The original design had the words, "the" and "man" before and after the main design - in the form of grass.  Take a closer look at the previous banner. 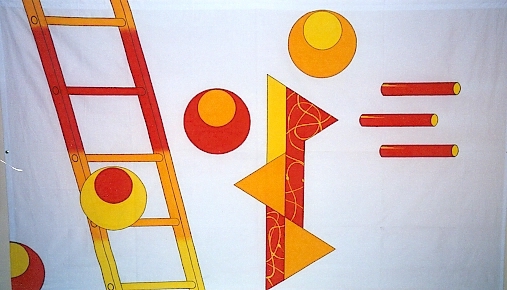 Ladder - Obviously from "The Ladder" tour - with a touch of Jackson Pollock. 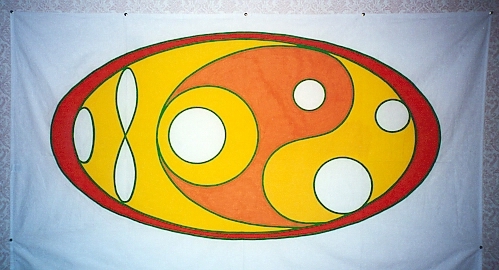 Masterworks - I seemed to be into ellipses at the time.  This is about the same time that I designed the OPIO logo.