Welcome, my name is Ken Slusser.  I wanted to express my appreciation for the progressive rock band YES.  In the early 80's, Chris Squire was being interviewed and was asked if YES music was sending any type of message.  He replied, "A message of HOPE."  I decided to use HOPE as a theme for what became a succession of banners which were displayed during the various YES tours.  The first banner was rather crude, just block letters created with black spray paint (not pictured on this site).  They eventually became more involved.  I was fortunate enough to meet Jon Anderson on several occasions.  The first being in 1989. He greeted me as, "The HOPE Man!" 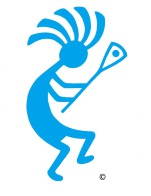 I personally handed this painting directly to Jon Anderson just prior to his concert on Wednesday, July 24th, 2019 at Levon Helm's Studio in Woodstock, NY.  I was fortunate enough to attend his band's rehearsals on Monday, July 22nd and Tuesday, July 23rd just before the 1st concert of their 2019 tour.  Jon's new album is titled, "1000 Hands," therefore, I wanted to create a piece of artwork that incorporated Jon's album cover with my theme of HOPE.  If you haven't surmised as of yet, each hand in my painting is Sign Language for a different letter, creating the word HOPE.

This painting was done on framed stretched canvas and is 12 inches high X 36 inches wide.  Most of the artwork on this site was painted on large bedsheets so that Jon would be able to see it while performing in large venues.  Due to the intimate setting of Levon Helm's Studio, there was no need to create such a large project. 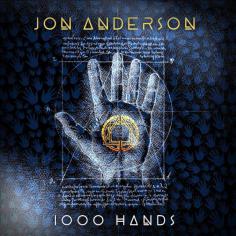 I painted the "Egyptian Couple" below, by way of imagination, in 2014.  Two years later, I happened to see the "Sumerian/Babylonian" slide (also below) in a David Wilcock video in 2016.  Take note of the 1) image of the Sun, 2) the flow of the dress, 3) the position of her arms, and lastly,

Thank you for your anticipated viewing.  I sincerely hope that something you see herein, is attractive to your higher self.